The age of the vines is a differentiated note to boast of a quality wine, when they exceed forty years after having resisted phylloxera at the end of the 19th century; Other signs are the high altitude of the terrain and the temperature fluctuations between day and night during periods of ripening.

In most cases, the argument most used by wineries to distinguish themselves is found in the strong limitation of production, as in Rioja or Ribera del Duero, with only between 6,000 and 7,000 kilos per hectare, compared to the permissiveness of other names dominated by volume.

Terras Gauda, ​​born in the early 90s in the Designation of Origin Rías Baixas, when most of the most important wineries landed in Galician lands, was the first and today the only Galician who started the reverse path until having a presence in Bierzo, with the Pittacun winery; in Ribera del Duero, with Quinta Sardonia and in La Rioja, with Heraclio Alfaro Wines, and invoicing 18 million euros, of which nearly 40% comes from abroad, from around fifty countries, including the United States.

With its 160 hectares located less than 100 meters above sea level in Galicia, its founder and owner, José María Fonseca, former head of vocational training at the Ministry of Labor in Pontevedra and involved in agricultural programs, discovered the possibilities of vineyards O Rosal and was clear from the start what his strategies would be to obtain wines of differentiated quality: innovation and soil treatment.

The initiative was supported by public institutions such as Sodiga, by members of the Fonseca family, including Manuel Fenández Sousa, former president of Pescanova, and by small winegrowers in the region who brought their vines.

It currently has around 100 shareholders, Abanca taking the stake in Caixa Galicia and the Fonseca family as the main minority shareholder.

The winery has filed several patents in collaboration with the CSIC in varietal research, such as the clonal selection of Albariño or the recovery of the Caiño Blanco grape.

But the most important route of his trials has focused on finding sustainable alternatives to the use of plant protection products and restoring balance in the essential elements of the soil, where the recent agreement with the Argentinian biodynamic cellar Finca Von Wigstein. .

“We believe that changes in the soil microbiota will be reflected in the microorganisms found in the aerial part, fundamentally in the yeast populations and in the bacteria that influence wine making so much”, explains the winemaker. , Emilio Rodriguez.

Terras Gauda participated in the European Horizon project with Italy, Portugal, France and Greece to seek sustainable alternatives to the use of phytosanitary products in vineyards, taking into account the environmental peculiarities of each area with the use natural products that only work against organisms that cause pests.

The Galician winery was also part of the European Foodie project through which, thanks to precision viticulture, the data provided by the satellites are analyzed in real time, which allows to adjust the fertilizers and treatments as much as possible, which is resulting in savings of 20% in the use of phytosanitary applications and 15% in the use of fertilizers, which at the same time implies a reduction in CO₂ emissions.

Over the past three years, Terras Gauda has participated in the Vitalver program, co-financed by the Industrial Technological Development Center (CDTI) and the rural development funds, in a circular economy project applied to the vineyard consisting of the conversion of bagasse from vintage, more than 200,000 kilos, in vermicompost after a process of vermiconversion with earthworms.

The checks carried out over an area of ​​6.5 hectares concluded that they had a very beneficial impact on the land, improving its health status and facilitating microbial activity. Greater protection of the plant against different pathogens was also achieved, as well as a reduction in infections, in addition to an increase in the production of quality grapes of between 14% and 20%.

The vinification of the plots where the vermicompost was applied resulted in a reduction of malic acid, producing smoother wines, with greater stability, more aromatic and with a better taste balance.

In line with the policy of overall improvement of the vineyard thanks to the reactivation of microbial biodiversity which is one of the axes of the group’s wine strategy, Terras Gauda has signed an R & D & I project in alliance with the Argentinian winery Finca Von Wigstein, located at the foot of the Andes, to study the improvement of soil biodiversity.

The objective is centered on the analysis of the behavior of this type of strategy in two caves located in two different hemispheres. The initiative is part of the Eureka community project led by Terras Gauda to promote business competitiveness and in collaboration with the University of Vigo. 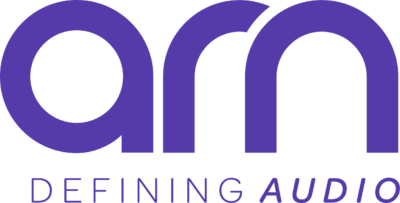