NEW YORK – The number of Americans without bank accounts fell to a record low last year, as the proliferation of online-only banks and an improving economy bring more Americans into the traditional financial system.

A new report from the Federal Deposit Insurance Corp. published last week revealed that 4.5% of Americans – representing about 5.9 million households – did not have a bank account in 2021. This is the lowest level since the FDIC began tracking the data in 2009 and compared to 5.4% of Americans in the 2019 survey data.

The decline in unbanked households can be partly attributed to the coronavirus pandemic. States and the federal government handed out trillions of stimulus dollars to Americans after covid-19 crippled the US economy in March 2020. Benefit programs largely needed a bank account to send funds quickly to people affected.

But the FDIC attributed most of the improvement to the strength of the economy in 2021, as restrictions related to the coronavirus pandemic largely expired and the unemployment rate was low.

The top reasons someone would choose to be unbanked were largely unchanged from previous surveys. One in five unbanked households said not having enough money to maintain an account was the main reason they didn’t have one – a sign that being unbanked remains a problem. economic inclusion.

Other households had privacy and trust issues with banks. Large companies like Amazon have tracked consumer data through credit card usage for some time, but banks also profit from this data.

Americans outside the traditional financial system face many hurdles with their day-to-day finances, which is why policymakers are pushing so hard to get unbanked households to open a savings or checking account. Check cashing services, utility payment services, rent payments without a bank account often come with fees, money that someone with a bank account would not be subject to.

New immigrants and refugees are also among the unbanked. Jhuma Acharya, a former refugee from Bhutan and a case manager with Refugee and Immigration Community Services in Columbus, said he’s seen an increase in clients calling him about businesses that won’t accept not their money.

“I have never worked with a single (new) refugee who said they used a credit card in their lifetime,” Acharya said.

Acharya said customers typically take at least five months to build up enough credit with banks in the United States to open an account. In the meantime, Acharya said they are trying to educate customers on how to set up a debit card and how to use their electronic benefits transfer card.

There has also been a growing number of businesses that no longer accept cash as a form of payment, an issue that several state legislatures have begun to address.

Some states and cities required cash to be accepted before the covid-19 pandemic, such as New Jersey, Massachusetts, San Francisco and Philadelphia. However, at least seven states have passed such bills since the pandemic began, mostly in response to the growing number of contactless businesses following CDC recommendations to limit cash use for fear of spreading the virus.

Delaware, New York, Oregon, Arizona, Colorado, Connecticut and Rhode Island have all passed bills requiring businesses to accept cash, according to data from the National Conference of State Legislatures. More than a dozen states have introduced cash-mandated bills since 2020. At least three bills in the Republican-majority states of Florida, Mississippi and North Dakota have died in committee, along with two bills in New Hampshire and Wisconsin, mostly held by Democrats.

In Ohio, State Senator Louis Blessing III, Township of R-Colerain, introduced a bill in the 2021 legislative session that would open businesses up to lawsuits if they don’t accept cash as a means. of payment. Blessing cited protecting immigrant and poor communities as a driver of the bill, as well as protecting the data privacy of consumers and older people, who are more likely to use cash.

The bill is still pending in the Ohio legislature.

“I think if this bill went to a vote, every Democrat in the state would vote yes,” said Blessing, who was voted down mostly by his Republican counterparts in the Republican-held state.

The survey also revealed that the percentage of so-called underbanked households – those who have a bank account but still use expensive financial services like check cashing, pawnshops, loans payday and remittances – also declined.

The FDIC also found that about half of all US households used a non-bank payment service such as CashApp, Venmo, or PayPal in 2021.

Information for this article was provided by Samantha Hendrickson of The Associated Press.

Next State lotteries in modern America 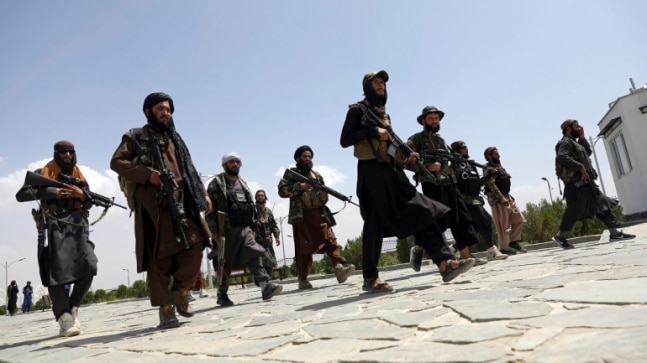